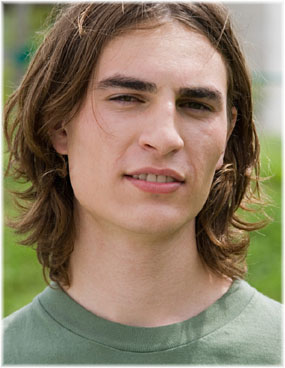 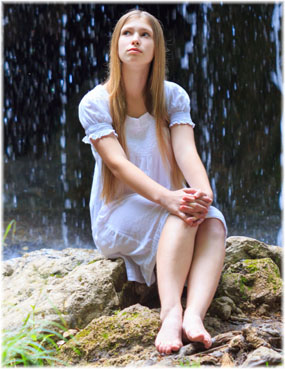 Joel looked up, rubbing his eyes. “Chemistry? Why do I have to do chemistry?”

“It says here that I have to take chemistry, but surely that can’t be right. Why would an environmental scientist need to be a chemist?”

“Well, um, there are things like soil and water acidity, I guess, and fertiliser residue, even chemical spills I suppose. Anyway, I have to do chemistry too and you don’t hear me complaining.”

“Yeah, but you’re majoring in biochemistry so of course you’ll be doing it.”

Loraine sighed. “It’s only for one year, Joel; after that you can start to specialise. Anyway, you did okay in chemistry at school, didn’t you?”

“I guess, but back then I didn’t know what I wanted to be.”

“I don’t see why that should change anything.”

“It seems such a waste of time now, that’s all. I could be doing interesting stuff instead.”

“No knowledge is ever wasted, Joel. You of all people should know that.”

“Wasn’t there some critical thing you did that involved pi?”

“Of course; that’s what I’m here for. Now finish off that form before they kick us out and lock the doors.”

Joel stared back at the page, rubbing his eyes again as he tried to find his place.

“Yeah, but why do they have to make this damn printing so small?”

Loraine glanced at the form. “It looks okay to me. Maybe you should see an optometrist.”

“Joel, it wouldn’t hurt just to have your eyes checked.”

“What’s wrong with you? You’re behaving like a five-year-old.”

Joel looked up at her, tears starting to form in the corners of his eyes. “What – what if he says I’m going blind?”

“Yeah, but, but what if it’s something more serious, something they can’t fix?”

“Then it’ll happen whether you see someone about it or not.”

Joel ran his hands through his hair, pulling it down over his eyes before brushing it aside. “It’s just, well, it’s only started happening since I fell into that fissure back when, you know. Hundreds of years passed before my body was reconstituted and I think some genetic ones might have turned into zeros or something.”

“Well, yeah. When I had to inject Cam with the antidote I couldn’t see well enough to find a vein and had to get David to help me. That’s never happened before.”

“Oh Joel, I’m sure everything’s just fine, but, but hang on, that French policeman got a sample of your genetic makeup from some of your stuff I’d been carrying prior to your kidnapping, so it ought to be possible to do a direct comparison between then and now.”