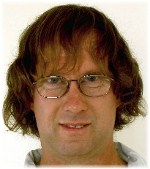 One of the first questions everyone asked me after publication of Barefoot Times was ‘Are you going to write another book?’. My immediate, and honest, answer was no, but it started me thinking about possible spin-offs and it didn’t take long to decide that, if I did want to do that, the back-story of Aaron’s parents might prove interesting.

Inevitably I made a start and wrote the first page, which consisted of the extract of Jason’s eulogy for Aaron out of Barefoot Times plus the words ‘My son is dead’. I liked the opening very much but after just four words I was stuck, and there it remained for six months while I pondered how I might turn Mary’s induction into the Delphinidae and her journey to Earth into a story that could fill a novel.

Slowly an outline began to take shape. I saw Mary visiting the palace on a school excursion and coming face to face with Morgoth, who senses a threat in her and tries to have her eliminated. I saw that the story would probably be broken into four parts, being Mary’s flight from Bluehaven, her courtship with Bobby on Earth, Aaron’s childhood and, well, something about his son Christopher. I even wrote the first few pages of Part Three, describing Aaron’s first day at school, but again it quickly lost momentum and stalled.

Finally, though, in May 2005, Mary opened her eyes as the morning sunlight of that fateful day entered her bedroom, and the journey that changed the course of history for her galaxy began.

Come with me behind the scenes of Call of the Delphinidae, and for a glimpse at what might be in store for book three of the series.

WARNING - The following material contains spoilers. If you've not yet read the book proceed at your own peril!